I haven’t felt fabulous in a very long time.

I realized that when a dear soul recently told me I will always be fabulous. And I doubted those words.

I do remember feeling fabulous. You know that feeling when you’re wearing the right clothes and you’re with the right people and you’re saying the right things and it’s a sweet spot and it’s just all coming together?

Sometimes I miss feeling fabulous. I wonder if I will ever feel that way again, or if the fabulous quotient diminishes after 42.

I feel other things – needed, loved, mature, wise, valued. But fabulous? Not so much anymore.

And part of my woman’s soul, if I’m totally honest, would love to feel fabulous again. Like I felt when I was 37. That was a good year for me.

But another part of me doesn’t care as much about being fabulous as I used to. Maybe because I see how fabulous the people around me are and I want the world to see their fabulousness more clearly. Maybe helping others shine in fabulousness is more important to me now. Maybe I’m getting over myself a little bit.

And maybe I’m still fabulous and I’m just not aware of it because I have other priorities now. Yes, that would be nice. Maybe that’s what I’ll choose to believe.
Posted by Unknown at 4:21 AM No comments:

To a friend in a different place

Do you recall when we had our last authentic conversation? I believe it was over a drink. As we talked and sipped, I remembered. I remembered that time when our friendship was growing, when we had a place and a purpose in common and an exchange of ideas and experiences and passions that made our relationship blossom.

I remember when we locked gazes as we realized there was an important connection between our hearts. I remember the thrill of realizing you liked me as much as I liked you. I remember when we did life together for a while and it was sweet, even though it wasn’t destined to be for a lifetime.

I also remember how you entrusted me with your pain and how honoured I felt. Your vulnerability was a precious offering that I still treasure.

I miss that. I miss you.

Our paths have diverged; our contexts separate us. I feel the absence of you in my life. I think about you in quiet moments and I wonder how you are… How you really are. I wish I knew more about your daily routine.

Bless you, my friend. Maybe someday we’ll share a place and a purpose again. Or maybe not. Either way, I want you to know that I’ve never found anyone else like you. Only you are you to me. You are still in my heart.
Posted by Unknown at 6:04 PM No comments:

I’ve been reading “Rising Strong” by Brene Brown. It’s a book about coming back from a fall and overcoming disappointment.

Reading Brown has forced me to admit the feeling that’s been hovering over me for months now. It’s a feeling of failure.

If I’m completely honest, parts of 2015 felt like failure.

Many of you who know me and what happens here at the Ranch might disagree. You might say, “Look at how good God has been to you” or “So many positive things have happened.” And I agree. I am so thankful.


But to deny my sense of disappointment in multiple arenas — socially, professionally, creatively — would be inauthentic. The grand vision of giving everything up to follow Him more fully didn’t look like this. At least I didn’t imagine feeling like this. 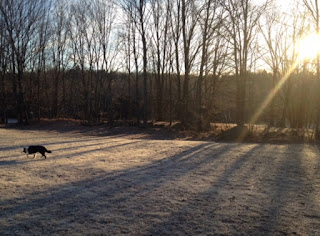 Brown’s thing is that if you live a life of vulnerability and wholeheartedness in which you “show up” and put yourself out there in the arena — be it creatively, professionally, relationally and, I would add, spiritually — you will occasionally fall. You will be criticized and disappointed. The trick is being brave enough to get back up and try again.

Recently I spent several hours in prayer ministry. I forgave people for hurting or disappointing me in small ways, here and there. The kinds of small ways that add up and become a heavy weight, like a backpack full of textbooks in high school.

Mostly, though, I spent time forgiving myself. I needed to forgive me for letting me down. For not being the rock star I want to be in various capacities, for small failings and larger misses. Amidst spilling tears, I forgave myself for losing some of the fervour and passion I felt two years ago for building the Kingdom.

I needed to extend mercy to myself, because He does. He has so much grace for my process, for my learning curve, for falls after glory moments. His perspective is eternal.

Eyes that haunt me

I wish I could make sense of his suffering, this wee little pup. Curled up in a tight fuzzy ball in the hay with golden-grey eyes that warily followed our movements as we tried to get a better look at him without getting too close, he was obviously too weak to defend himself. 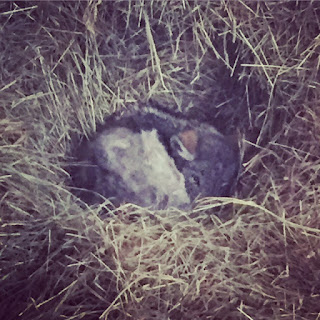 He probably got chased out of his pack, said our trapper neighbour. His mange was so bad that he had chewed scabby holes in his skin. When mange gets bad enough it can kill the animal.

What got me though, was the floppy ears. He wasn't even old enough for his ears to stand up as prick ears. Also the puppy look on his face reminded me of my own young dog. His eyes didn't plead, though, they just watched.

He had no idea that we humans have medication that could end the torturous itching. He had no clue that we have the ability to alleviate the suffering of animals, that I work every day to prevent pain and discomfort in my canine, feline and equine charges. If we had tried to capture him or give him food or medication, we would have likely gotten bitten. Or at the very least risked spreading disease to our own animals. We tried calling the humane society, the wildlife rescue and the Ministry of Natural Resources but nobody was available to help us help him.

And so we ended his suffering in the only way that seemed responsible.

Yet those eyes haunt me. Those intelligent eyes knew abandonment, left to suffer on his own with nothing to curl up next to and nobody to help him. They were eyes that knew mostly suffering in his short life.

I know the suffering of an animal is insignificant compared to the millions of humans across the globe who live in pain every day, from victims of war to child slaves, but somehow this little guy's eyes reminded me of that dark sea of suffering out there, a suffering I can't fathom or fix. I had trouble sleeping last night.

Come, Lord Jesus. Give me the compassion and courage to fight suffering and pain where I can, and the grace to still live a life of joy. 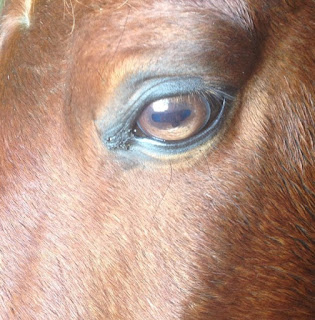 I love how horses breathe.

Yesterday I was filling the water trough and a young horse came up to sniff me. He delicately and tentatively breathed me in - my glove, my sleeve, my cheek. I stood still. It would have been more efficient to leave the trough to fill on its own, but in his investigation of the various strange smells of me, a wonder filled me as the water line crept up the side of the trough. I am as mysterious to him as he is to me, this 600-pound creature who is so powerful yet utterly vulnerable.

He stopped sniffing to just stand beside me and breathe and together we watched the trough fill. Then I looked at the sky and wondered why God would give me this job that is so busy with people and tasks and responsibilities and concerns when all I long to do sometimes is look at the sky and listen to a horse breathe.

Then came the whispered answer, which made me lightheaded with that mysterious Presence and Love. "I gave you this job so you can look at the sky and listen to a horse breathe."

December has been so lovely. It's been quiet here at the Ranch. I had writing projects and house projects to do and I have puttered at them a bit, but mostly I've found joy in simple activities like filling troughs and scooping grain and sweeping barn floors. And listening to horses breathe. And talking with my family. And reading. And gazing at the fire in our fireplace.

And I'm a little scared. I'm kinda scared of January's to-do lists and budgets and people issues and more things to do in a day than I can do and challenges that are way bigger than me.

But maybe, just maybe, there are more moments than I think in 2016 to just look at the sky and listen to a horse breathe. Maybe He loves those moments as much as I do. Maybe more.